Hello people! In this post we will talk about Bidirectional Search, a powerful search strategy which can be used if you have a goal directed agent in a (possibly infinite) search space. The idea behind Bidirectional search is to run two simultaneous searches, one forward from the source state and the other backward from the goal, hoping that the two searches meet somewhere in the middle.

In this post we will talk about Bidirectional Breadth First Search, where we apply BFS from the source and goal simultaneously until search routes intersect. Visually, the way regular BFS would progress would be something like this – 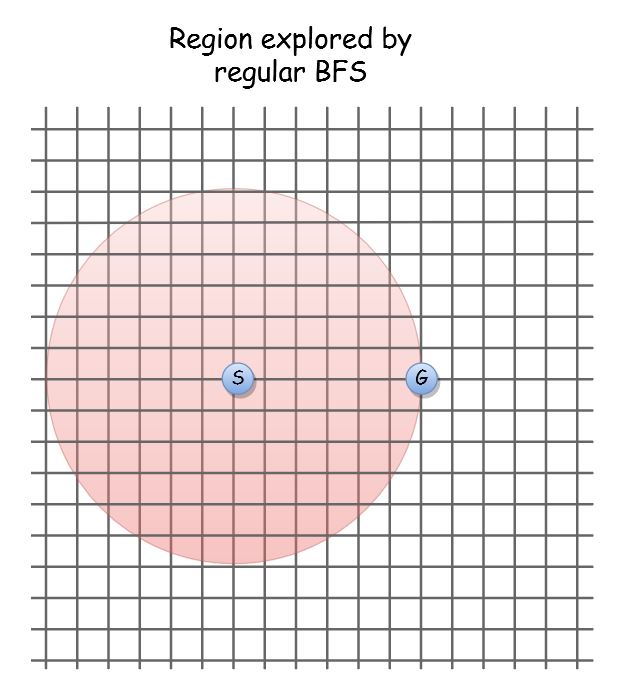 But if we applied BFS simultaneously from source (S) and goal (G), visually it would look something like this – 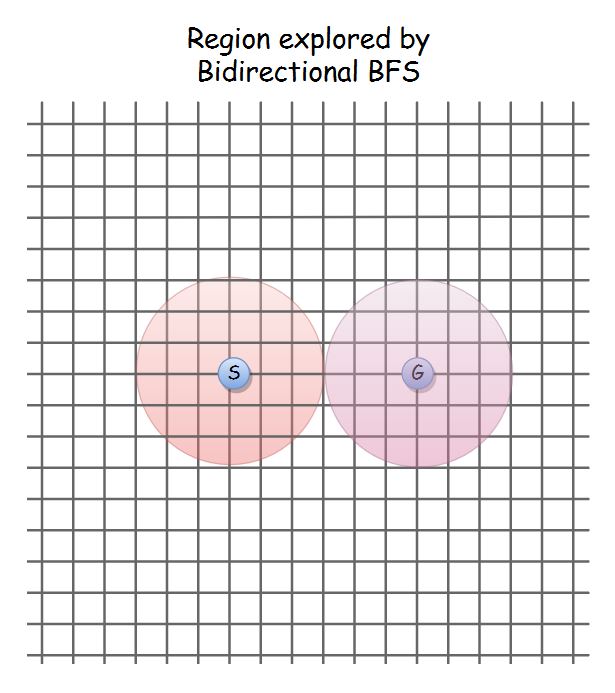 We can already start to seem some improvement as the number of vertices visited would be lesser.

Although we are using a separate set of variables for BFS from source and goal, the way in which they operate will be the same, i.e., the steps like picking first element in queue, enqueuing its adjacent vertices, etc. We can put that logic in a separate method called BFSExplore().

I hope this has given you a good understanding of Bidirectional search. Keep practicing! Happy coding! 😀